A note from the team leader on Fair and Efficient Justice 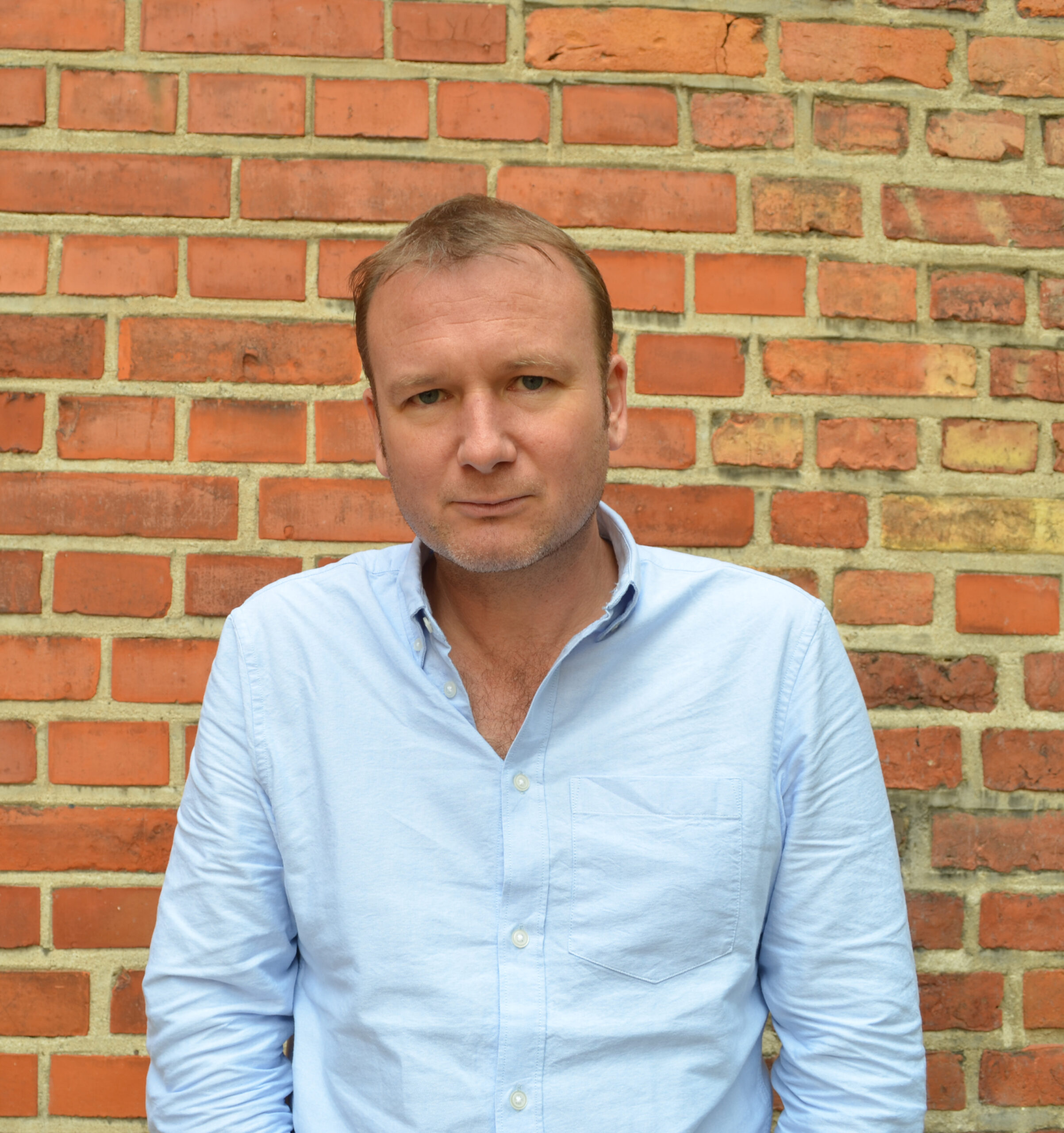 Josh is Head of the Thematic Area ‘Fair and Efficient Justice’. He previously served as the Director of the RWI Regional Office in Nairobi and before that as Director of the Institute’s Office in Jakarta. Prior to working for RWI, he worked for organisations including the UN Office of the High Commissioner for Human Rights, Human Rights Watch and the Cambodian League for the Promotion and Defence of Human Rights.

Fair, efficient, humane and accountable justice systems provide a cornerstone in a society based on human rights and the rule of law.

Throughout our history and together with partner institutions all over the world, we have contributed significantly to promote the development of justice systems providing access to justice for all and treating everybody in contact with its institutions with respect for their human rights and freedoms.

We have worked directly with a vast number of regional and national court systems, prosecuting authorities, police organisations, prison services and professional training institutions. We have also contributed to develop the capacity of National Human Rights Institutions, to more effectively promote and protect human rights.

Nearly all of the work we do has an aspect of ensuring that justice is fair and efficient and today we contribute to ensure that:

Learn more about how we work with Fair and Efficient Justice in specific regions and countries.

Fair, efficient, humane and accountable justice systems that provide access to justice for all and treat persons in conflict with the law, victims, and others in contact with its institutions and mechanisms, with dignity and respect for their fundamental rights and freedoms provides a cornerstone in a society based on human rights and the rule of law.

It plays an important part in ensuring a just, peaceful and safe democratic society. Justice systems based on human rights and the rule of law are crucial in order to safeguard that:

Critically, it can be argued that procedures and practices for fair, efficient, humane and accountable justice significantly determine the equal enjoyment of all human rights.

There is no lack of international instruments addressing the obligation of justice sector institutions to provide for access to justice and uphold the respect for human rights in exercising their duties.

However, throughout the world, justice sector institutions continue to be frequent sources of human rights violations. We experience and read daily about inefficient, corrupt or politically controlled court systems offering impunity for human rights atrocities committed by law enforcement agencies.

We hear about accused persons who are tortured in police cells, men, women and children who are kept under inhumane conditions without access to adequate food and healthcare, persons who are denied a proper defence in a criminal case just because they cannot afford a lawyer and national human rights institutions that cannot provide an effective remedy due to lack of independence or shortage of resources and capacity.

Looking at the above, the challenge today is not standard setting, but how to give effect to the existing international and regional standards. In order to do this, we need to strengthen relevant international, regional and national systems, structures and mechanisms to ensure fair efficient, humane and accountable justice delivery.

Over the last 25 years, we've provided support to strengthening the capacity of justice systems all over the world. Given the changing environment for human rights in the world today, where human rights are increasingly challenged in many countries, it has become critical for the Institute to continuously re-assess with whom we are working, where we are working and how we are working with the justice sector in order to continue to make a significant contribution to the promotion and protection of human rights.

This is an important ongoing process, in which partner countries, partner institutions and methods will be assessed regularly.

Integrating Human Rights into Practice in Jordan and Palestine

Human Rights in Labour Law & Their Application by the Moroccan Judiciary

Reducing Turkish Rejections at the European Court of Human Rights

A Stolen Ipad and Fair Trial Rights in Cambodia

Panel Debate: The Role of Human Rights in the Fight Against Corruption

What our new study on juvenile justice in ASEAN countries reveals

The Fair and Efficient Justice team 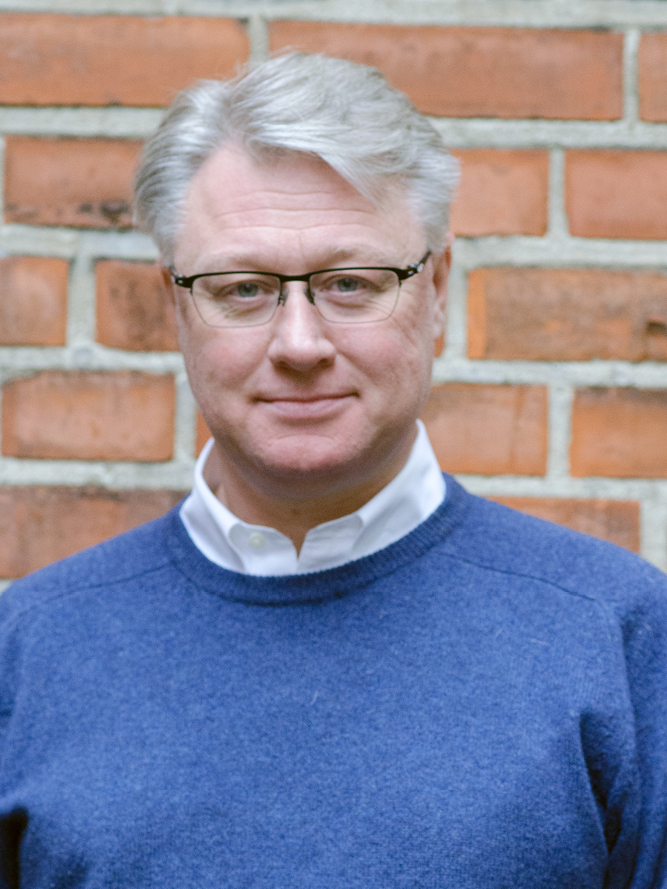 Mikael Johansson holds a Master of Laws from the Faculty of Law at Lund University, with specialisation in international human rights law and international humanitarian law. He has been with the Institute since 1991 and has held several positions within the department for international programmes, including head of programmes, and has also functioned as the Institute’s advisor on Strategic Planning and Quality Assurance. He is currently the director of the Institute´s Zimbabwe Programme and Harare Office, and the Institute’s Senior Policy Adviser on Anti-Corruption and Human Rights. From September 2004 to August 2006 Mikael worked at the Embassy of Sweden in Harare, as the Swedish International Development Co-operation Agency’s (Sida), Regional Adviser for Democracy and Human Rights for Southern Africa.

Mikael’s work experience covers management of institutional and human rights capacity development programmes and strategic planning and policy development related to development cooperation and human rights, including results based management and application of human rights based approaches to development. He has vast experience in the fields of administration of justice, rule of law and anti-corruption. He is the current coordinator of the UN Crime Prevention and Criminal Justice Programme Network of Institutes and he is since 2011 member of the Board of Directors of the International Society for the Reform of Criminal Law. 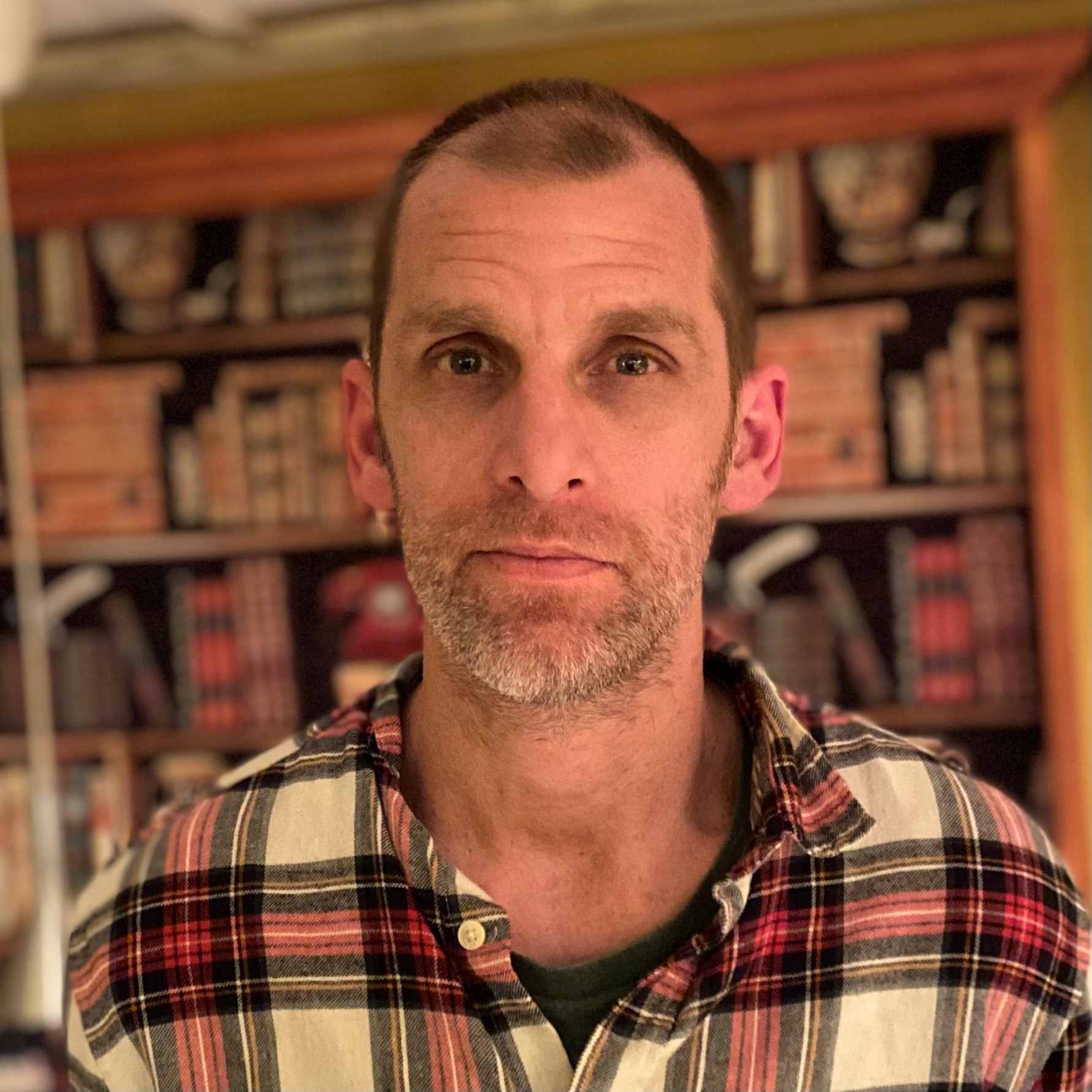 Andreas holds both a Swedish LL.M and a Master in International Human Rights Law from Lund University. He has almost 20 years of experience working with human rights and has for more than half of that time been based at different duty stations abroad.

He joined RWI in 2003 having previously worked for the Human Rights Chamber of Bosnia-Herzegovina in Sarajevo and OHCHR in Geneva. He has extensive experience working with human rights both within a development cooperation context and from an international court setting.

In 2005, he established RWI’s office in Jakarta, Indonesia and stayed as office director until 2007. Between 2007 and 2013 he was Head of RWI’s Asia Unit coordinating and developing the institute’s work in the region. In 2013, he established a RWI office in Phnom Penh, Cambodia and stayed there as office director for almost five years. In 2018 he took up the position as Team Leader for Fair and Efficient Justice at the Institute’s headquarter in Lund, Sweden. 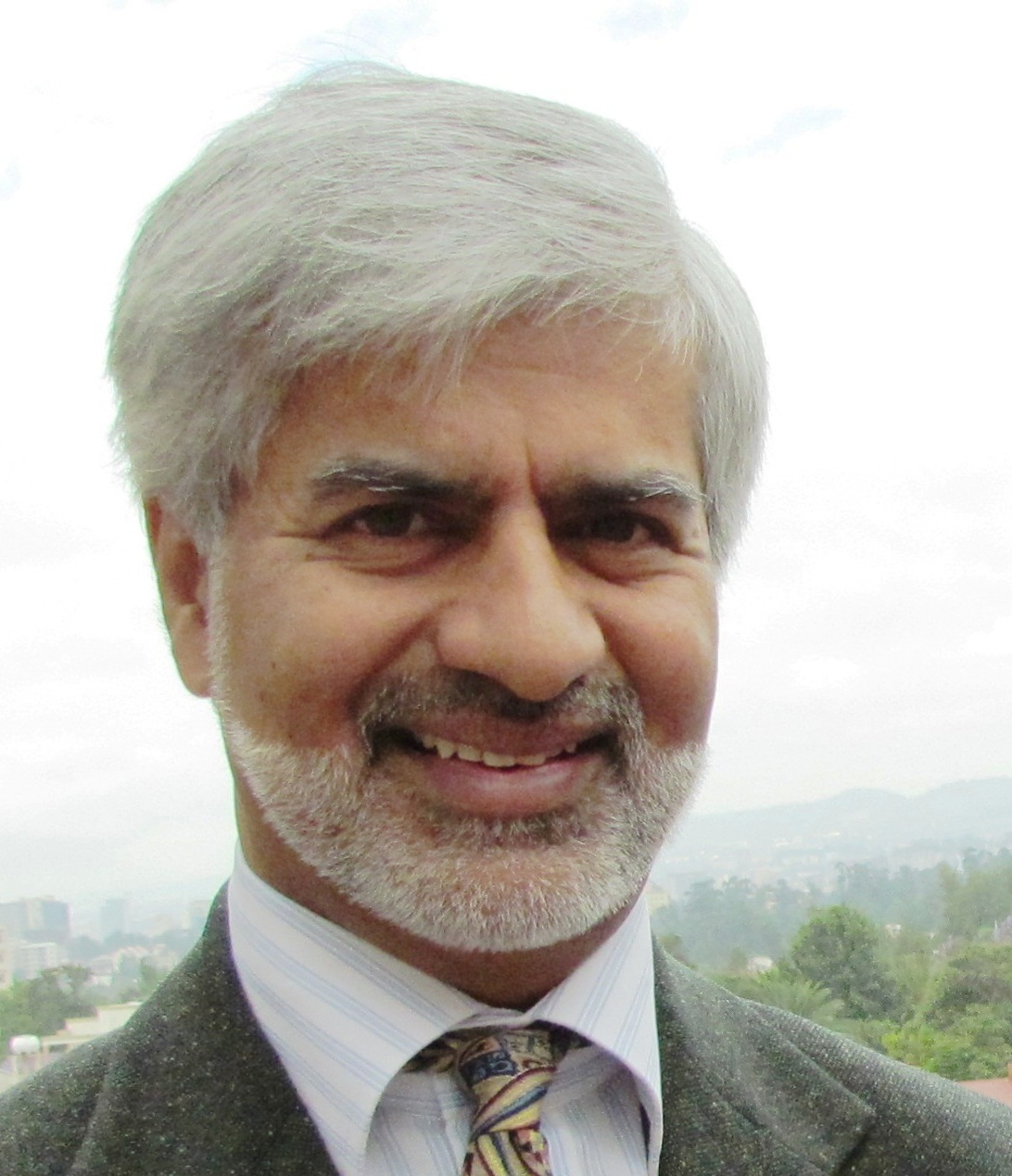 From 1994-2001, he was Human Rights Officer at the UN Office of the High Commissioner for Human Rights in Geneva in which capacity he investigated facts and responsibilities relating to the 1994 genocide in Rwanda for the UN Security Council’s Commission of Experts on Rwanda, and he then backstopped the UN Human Rights Field Operation in Rwanda for several years before taking up the role of Coordinator for the Asia-Pacific Team in the Special Procedures Branch. In 1998, he served as OHCHR’s representative to the Rome Conference on the Establishment of a Permanent International Criminal Court. He has dealt with mandates on human rights defenders, counter-terrorism and human rights, human rights and the administration of criminal justice, and the situation in Iran among other countries.

In 2000, he was Secretary of the Asian regional preparatory conference to the World Conference on Racism, held in Teheran. In 2007, he served as Coordinator for the UN Human Rights Council’s Group of Experts on Darfur. More recently, he has been working closely with OHCHR’s National Institutions and Regional Mechanisms Section as expert consultant. Over the last 25 years, he has worked or consulted with the UN Security Council, UNOHCHR, UNDP, UNDEF, UNESCO, UNU, UNHCR, UNITAR, UNODC, the ILO, EU, IDLO, Swiss Development Cooperation, as well as with National Human Rights Commissions in Bangladesh, Ethiopia, Nepal, Nigeria, the Russian Federation and Uganda.

He is the author of Individual Responsibility in International for Serious Human Rights Violations (1992) and The Emerging System of International Criminal Law: Developments in Codification and Implementation (1997), and of some 40 book sections and law journal articles on such issues as the use of force in international relations, humanitarian intervention, truth and national reconciliation, human security, techniques of human rights monitoring, investigation and reporting, the Geneva Conventions, the ICTY, ICTR and ICC. For more information, downloadable publications and media appearances, visit his website. 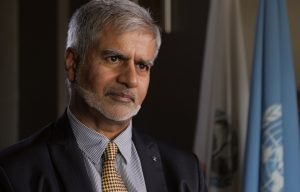 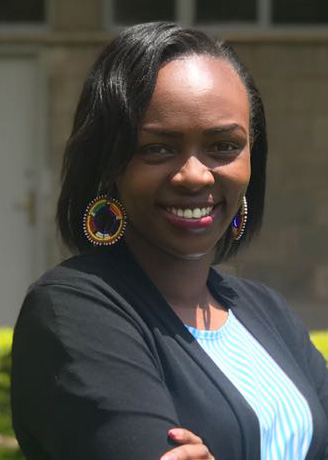 Damaris has worked at the Raoul Wallenberg Institute since 2015 as the Kenya Programme Officer and is responsible for planning, implementation and follow-up of cooperation projects in Kenya so as to achieve expected results. 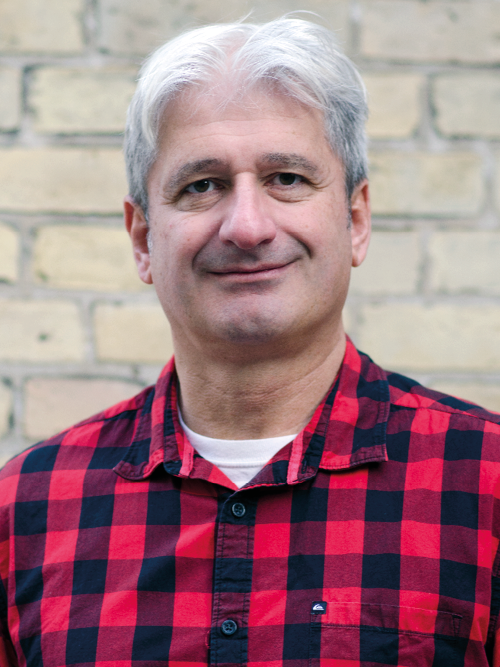 Karol is currently working as an associate professor of law at Lund University in Sweden and is the Director of the university’s master’s program in international human rights law.

Prior to his current positions, Karol worked as a researcher for RWI and as a lecturer for Gothenburg University focusing mainly, but not exclusively, on matters concerning the right to a fair trial.

Karol also has wide-ranging experience of regulatory impact assessment in the field of human rights law, procedural law and constitutional law. He has been a partner in two FP-7 funded projects, DETECTER and SURVEILLE and has worked extensively on various projects in multiple countries. 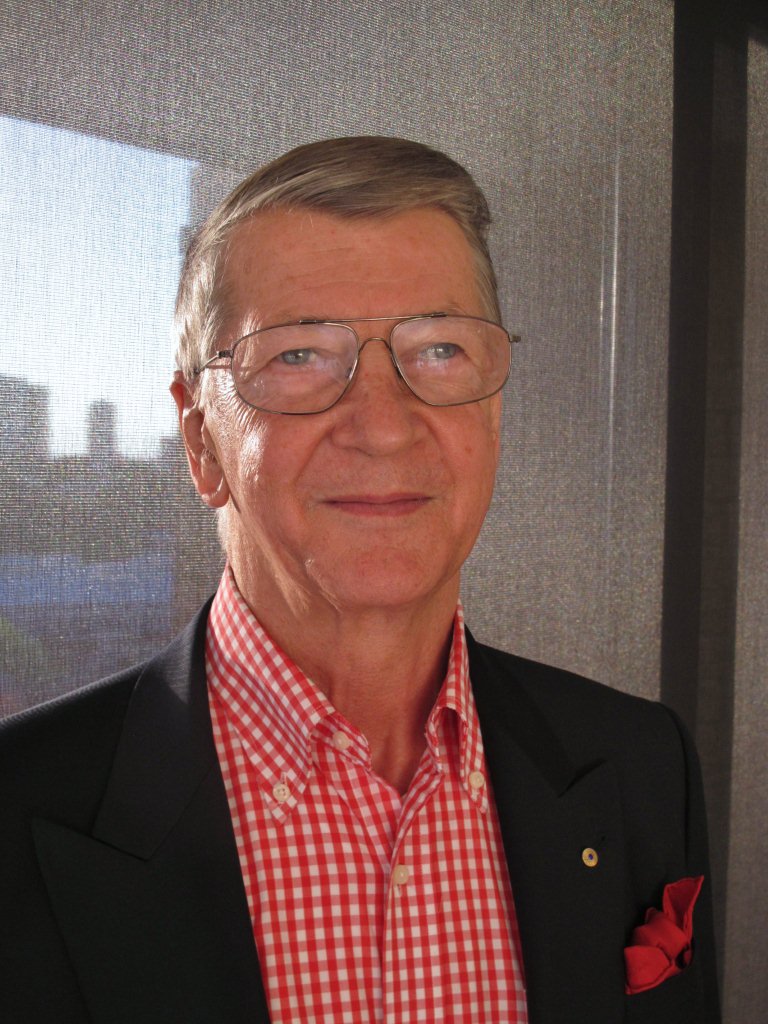 Brian Burdekin is currently Visiting Professor at the Institute, teaches in the post-graduate programme at Melbourne University Law School, and is International Adviser to a number of National Human Rights Institutions in Africa, Asia and Central and Eastern Europe. From 1995 to 2003, he was Special Adviser on National Institutions to the first three United Nations High Commissioners for Human Rights. Prior to taking up his appointment with the United Nations, Professor Burdekin was, from 1986 to 1994, the Federal Human Rights Commissioner of Australia. In 1995 Professor Burdekin was made an Officer of the Order of Australia for his services to human rights, both in Australia and in other countries.

We use cookies to ensure that we give you the best experience on our website. If you continue to use this site we will assume that you are happy with it.CloseRead more