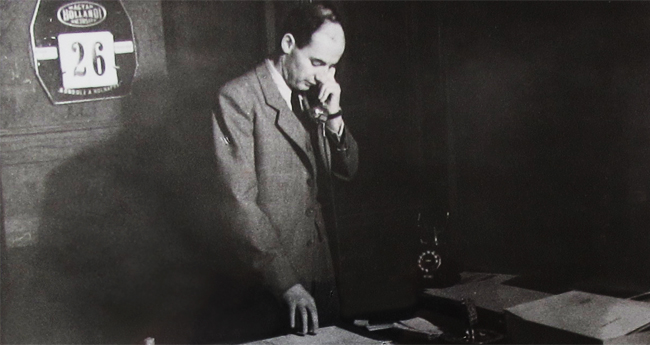 When I started looking into interning at the Raoul Wallenberg Institute, I was immediately struck by the story of Raoul Wallenberg, after whom the Institute is named. His story is one that contrasts the horrific accounts of the Holocaust in that it shows human’s propensity for extraordinary good amidst demonstrations of human’s propensity for extraordinary evil.

I have always been a passionate learner of the Second World War and the Holocaust, so I came into the internship curious as to what the influence of Raoul Wallenberg was at the Institute today. The office is not filled with his portrait around every corner and he is not invoked in regular office conversation.

However, from my time here so far, I have noticed a particular spirit among the people working here regarding what drives them to work in human rights.

One project I have been working on is interviewing members of the RWI staff from our offices around the world to ultimately publish profiles about them on the website. I ask them about where they are from and what led them to where they are now.

After speaking with them for a bit, I begin to uncover the deeply rooted motivations for why people work in human rights. A woman who decides to leave the corporate world because she realizes she wants a career of making her home country a better place by fighting corruption. A man who grows up in a rural village in southeast Asia walking two hours every day just to get to and from the closest school, who then goes on to educate his fellow citizens about their basic rights because he was never taught them himself. A woman who moves to Sweden to work to provide human rights for others because she herself would be forbidden to have a family and would be subjected to limited opportunities solely because of her identity in her home country.

Raoul Wallenberg was a diplomat from Sweden who used his position as a diplomat in Budapest to save thousands of Jews during the Holocaust.

I see the Raoul Wallenberg spirit embodied at the Institute when I speak to staff who work to give opportunities to communities they have special connections to – whether it is people from their own country or ethnicity or people who have faced the same obstacles.

They have highlighted the very personal reasons why people choose to work in human rights. Although, we cannot all be Raoul Wallenbergs, there still are people among us who carry on his legacy in their own way.