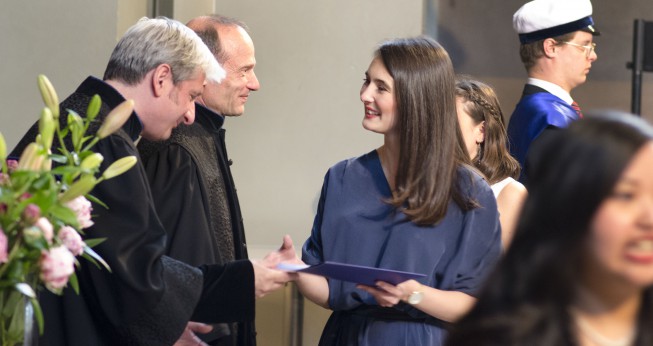 The programme is open for students with a bachelor’s degree in law from all over the world. Since the beginning of the programme, hundreds of students from developing countries have graduated from the programme with scholarships provided by the Institute through funding from the Swedish International Development Cooperation Agency (Sida) and the Swedish Institute (Si).

Upon graduation, our alumni have gone on to work in some of the most important international, regional and national human rights institutions, including the United Nations, the Council of Europe, National Human Rights Institutions, national governments, as well as in academia performing high-level research and teaching, or in the private sector as legal consultants.

The programme, which is organised by the Faculty of Law, Lund University, in partnership with the Raoul Wallenberg Institute, provides students the unique opportunity to get exposure to RWI's international development programmes.

High level scholars and worldwide international human rights practitioners collaborate with our programmes and visit our premises regularly. Thus, master students have the unique opportunity to meet them and get familiar with their work.

Students also have the possibility to collaborate in some of the activities performed by the Institute's research and cooperation programmes through our internship programme. These internships give students concrete and practical experience in the workings of a leading human rights and international humanitarian law  institution in the field of international cooperation, development and research.

Visit Lund University's Faculty of Law website for more information about the Master's Programme in International Human Rights Law and the application process.

Bios of teachers and lecturers at the Master's Programme 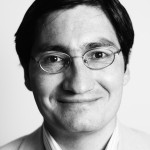 Alejandro Fuentes has Doctor of Law (2012) degree in Comparative and European Legal Studies and a master’s degree (2006) in European and Transnational Law (LL.M) from the University of Trento, Italy. He is a lawyer, international legal consultant and a senior researcher at the Raoul Wallenberg Institute of Human Rights and Humanitarian Law, specialising in the area of international and regional systems of human rights protection, cultural diversity and identity, groups, minority and indigenous people rights. He also is a frequent lecturer in the Master’s Programme in International Human Rights Law at the Faculty of Law, Lund University, where he directs the Advanced Human Rights and Human Rights and Cultural Diversity courses.

Amelie holds both a Swedish LL.M and a Master in International Human Rights Law from Lund University. She has been working as a Programme Officer at RWI since 2005. Before joining RWI, she worked at UNHCR in Nairobi, Kenya, the Swedish Migration Board in Malmö, Sweden, and at the European Council for Refugees and Exiles, in London, UK. At RWI Amelie has primarily been working with academic cooperation programmes in Southeast Asia and Eastern Europe. She is currently working with capacity development cooperation with universities in Belarus. She has also been involved with developing methodologies on Monitoring and Evaluation as well as on Human Rights Education within the Department. 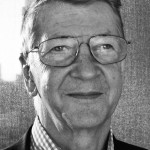 Brian Burdekin is currently Visiting Professor at the Institute, teaches in the post-graduate programme at Melbourne University Law School, and is International Adviser to a number of National Human Rights Institutions in Africa, Asia and Central and Eastern Europe. From 1995 to 2003, he was Special Adviser on National Institutions to the first three United Nations High Commissioners for Human Rights. Prior to taking up his appointment with the United Nations, Professor Burdekin was, from 1986 to 1994, the Federal Human Rights Commissioner of Australia. In 1995 Professor Burdekin was made an Officer of the Order of Australia for his services to human rights, both in Australia and in other countries. 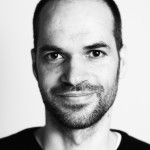 David has a MA in Anthropology from Lund University and is a doctoral candidate in Cultural Anthropology at the University of Uppsala. He currently works as Programme Officer with academic cooperation within the Institute’s regional Asia programme. 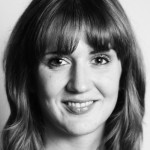 Emily holds a MA in Anthropology from Sorbonne University, France and a MA in Human Rights from Malmö University, Sweden. She currently works with RWI’s human rights

capacity development programme in Myanmar, and has worked in the same capacity with RWI’s programme in Vietnam. Before joining RWI, she worked at the Independent Commission for Human Rights - the Palestinian National Human Rights Institution – in Ramallah. 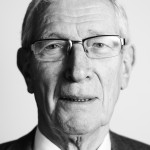 Professor Göran Melander emeritus studied law at Lund University. He defended his doctoral dissertation on refugee law in 1972 and founded the Raoul Wallenberg Institute of Human Rights and Humanitarian Law in 1984. He served as its first director until 1999 and as Chairman of the Board of Trustees from 1999-2006. He is honorary doctor at the Mahidol University, Bangkok, Thailand.

Anna Bruce is a senior researcher at RWI, has been appointed to the committee of experts advising the upcoming Swedish governmental investigation on how to ensure that national disability policy and governance is effectively implementing the Convention on the Rights of Persons with Disabilities. The findings of the investigation will be released January 2019.

Maria Green has long worked in human rights and development, with a particular focus on global standards for economic, social and cultural rights and on the practical implementation of human rights standards as part of development or anti-poverty policy and practice. Maria has worked in academia, with NGOs and as a consultant for UN agencies on projects related to human rights and development or human rights and poverty.  From 2003-2011 she taught at Brandeis University’s Heller School for Social Policy and Management, where she was a member of the core faculty in the Graduate Programs on Sustainable International Development.   She came to Lund as the holder of the 2012-2013 Fulbright-Lund Distinguished Chair in International Human Rights. 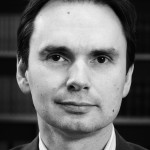 Radu Mares has Doctor of Law (2006) and Associate Professor (Reader/Docent) (2012) degrees from the Faculty of Law, Lund University, Sweden, and is senior researcher at Raoul Wallenberg Institute of Human Rights, specialised in the area of business and human rights. His preferred approach is to deliberately keep in the picture both governmental and private actors, and both law and corporate voluntarism, so their interaction can be studied, synergies can be captured, and their effectiveness be enhanced. 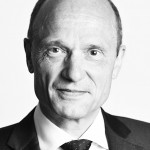 Morten Kjaerum has been Director of the Raoul Wallenberg Institute of Human Rights and Humanitarian Law in Sweden since 2015.  Prior to that, he was the first Director of the European Union Agency for Fundamental Rights (FRA) in Vienna from 2008 to 2015. He is currently also Chair of The Board of the European Council on Refugees and Exiles (ECRE).

Matthew Scott is head of the People on the Move thematic area at the Raoul Wallenberg Institute of Human Rights and Humanitarian Law in Lund, Sweden. His area of expertise lies in legal and policy responses to internal and cross-border displacement in the context of disasters and climate change.

We use cookies to ensure that we give you the best experience on our website. If you continue to use this site we will assume that you are happy with it.CloseRead more